8 Rare Features Some Unique People Have

8 Rare Features Some Unique People Have

There are few people around the globe with certain rare body features; People with super vision, golden blood, and no fingerprint. Sounds unbelievable right? Yeah. But it’s true, and these people are very real. This article explores 8 rare features some people have.

Statistics show that only 6 out of every 1,000 people have heterochromia.

2. Photic Sneeze Reflex
Most humans sneeze as a result of an allergic reaction or respiratory irritant, while people with the photic sneeze reflex sneeze in response to bright light. This is a condition that affects around 18% - 35% of people in the U.S alone, and 1 in every 4 people in general. Scientists have explained the reason for such a response to bright light to lie deep inside the person's genetics. According to a 2010 PLOS Genetics Journal study conducted online on 10,000 people, -where all the participants had to do was say whether or not they’re light sneezers and let the specialist analyse their DNA- scientists revealed that the one thing that makes photic sneezers different from common sneezers is the letter C instead of T in their DNA. But there are still no theories to explain why this condition exists.

3. Unbreakable Bones
These particular set of people are so tough that it’s literally impossible for them to break a bone under normal circumstances. A man who was involved in a traumatic car crash In 1994, ended up with no fractures or broken bones. Scientists would later discover that he had an interesting genetic mutation called LRP5. It is strongly connected to the gene that regulates the production and release of protein which in turn plays a crucial role in bone density. After years of research, specialists have found even more people with bones 8 times denser than the average human.

4. Neck Ribs
Studies have shown that one in about 500 people in the world has neck ribs. The neck ribs which can vary in size and shape also, can be on the right, left, or both sides of the neck area of the individual. Apart from the rib pressing on nerves or blood vessels which can lead to a feeling of numbness from time to time, these ribs rarely cause any major discomfort. other than that, the life of a person living with neck ribs is pretty much the same as other humans.

5. Double Dashline
This condition is called Distichiasis, and according to scientists, this feature is hereditary and happens because of a transmission error in a person's 16th chromosome. That’s to say that if your parents have it, possibility is that you'll have it too. In only rare cases, can Distichiasis pose a serious threat to corneal integrity.

6. Adermatoglyphia
In 2007, a Switzerland woman contacted dermatologist Peter Itin to say she had difficulties entering the US because she had no fingerprints. A further examination of 8 other members of her family found that all of them were born without fingerprints. Itin, with the help of his colleagues would later find 3 other families with a similar condition. Making it only 4 extended families in the whole world to have it. What's known about this genetic disorder is that it all has to do with a mutation of a region of DNA called SMARCAD1 that codes for protein, so people with Adermatoglyphia basically have a shortened form of a skin specific protein. There is however still not enough confirmed information about it. This genetic disorder is exceptionally rare.

7. Golden Blood
This blood type is called RHNULL. Contrary to popular belief that there are 8 blood types, In reality, there are millions or varieties of blood types, including golden blood which is the rarest one on the planet. Reports have it that only 43 people in the entire world have this uniqueness. And no, it’s not gold, it’s red in colour, just like the normal blood. The RHNULL blood type basically lacks all 61 antigens in RH, which is the largest blood system. In 1961, this blood type was considered to be highly dangerous and doctors were completely sure that a baby with no RH antigens wouldn’t survive birth. Turns out they were wrong, and people with this blood type can live just like the rest of us. The only problem with having this type of blood is that in a serious emergency, there are only 9 donors for people with this rare blood type.

8. Seeing Invisible Colours
This is a condition called Tetrachromacy or Tetrachromatic vision. While other humans see just the main colours, people with this rare feature can see 100s of colours that we can't even imagine. Statistics show that only 25% of people have it. How is it possible, you may ask. Most of us have only 3 types of cone cells in our Retina, but with tetrachromats, there’s an additional cone cell that offers 100s of variance for every single colour you can name. To find out if you have this unique feature, Neuro-Marketing expert, Professor Diana Dervap developed a simple tetrachromacy test where all you have to do is look at the spectrum and count the colours you see. The more there are, the higher your chances of having Tetrachromatic vision. 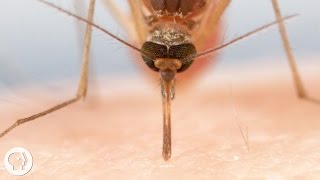 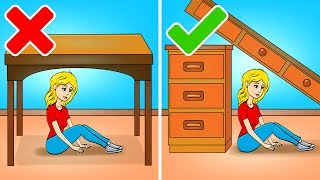 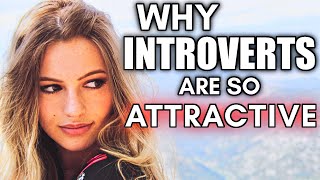 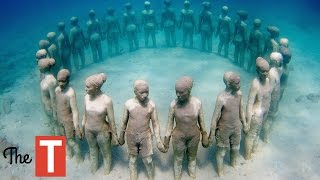 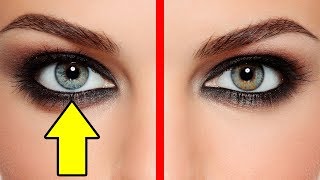